So I discovered that direct action has value only on condition that one becomes engaged entirely, here and now. The object used in direct action is somehow the extension of the human being, his partner and not an alien supplement. A kind of intimate tie occurs between the doer and the object. Division into an object and a subject loses its sense and meaning. The imagination is powered in my body and carries on a love dialogue with the world – people, animals, objects. 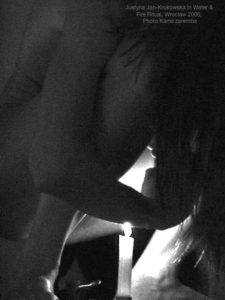 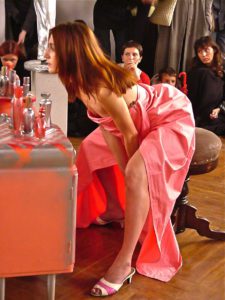 Justyna Janiszewska-Krukowska’s experience’s in the ‘Women’s Rituals’ (1995-1999) project, under the guidance of Richard Nieoczym adds an interesting dimension to what I have called the metaphysics of theatre. Justyna discovers from close communion with nature, the air, earth, fire and water, her inner self, a unitary self of body, mind and object. The ability to concentrate, to stretch oneself beyond the limits of a physical orientation, to transcend the gross confines of the body no doubt is an important steeping stone to theatrical performance. The actor is both herself, and not herself, the realization that this is me and this is not me, yet this is not not me.The actor gets into and is initiated into the liminal space. As Schechner puts it, ‘The feeling of ‘this is me’ and the difference between this feeling of ‘this is not me’ that a child evolves, the actor in performance discovers an in-between on the stage which is ‘not me’ but also ‘not not me’.✴︎A complex mapping on the self and body, sexuality and cognition vis-a-vis the world and objects, which may be achieved in sensitized performance.

Justyna’s experiments in finding her theatrical self aligns with the Stanislavskian way, and the Brechtian way of self exploration, and lends to consciousness an exciting trajectory, negotiating another route to a deeper understanding which may be communicated to the spectator’s consciousness too.

✴︎Richard Schechner, Over, Under and Around: Essays on Performance and Culture, New Delhi, Calcutta: Seagull Books, 2004, 172. 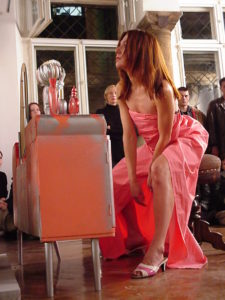 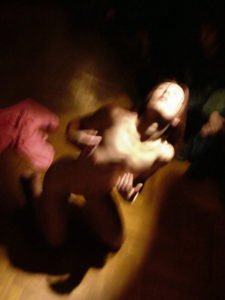